Hardwick Old Hall in North East Derbyshire was built by the redoubtable Elizabeth Talbot, Countess of Shrewsbury, or Bess of Hardwick as she is more often known, between 1587 and 1596. 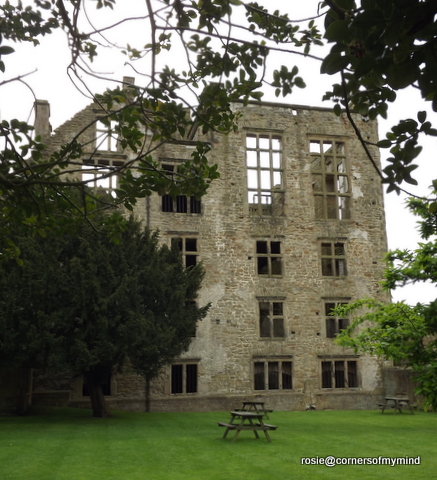 It is maintained by English Heritage and you can wander around the atmospheric ruins to your hearts content. 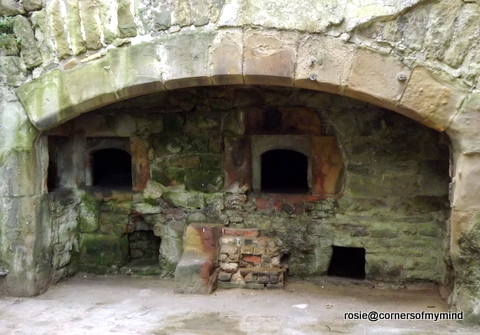 I visited here some years ago but this time there was a new reception area, exhibition and shop and there did seem to be more of the building open to view than I remembered from my previous visits. 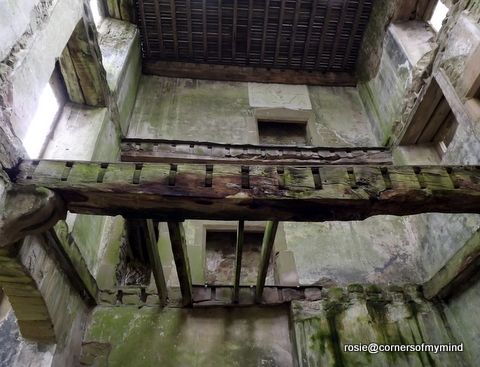 Open to view are apt words as everything is open to the outside world and the blue sky above.  Pigeons and swallows accompany you on your way around. 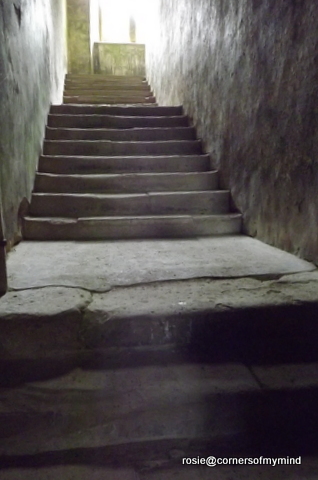 On and on up the stairs as you head for the blue skies above. 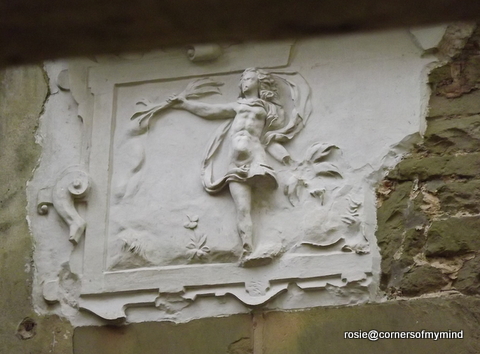 There are many of the Italianate plaster over mantles left 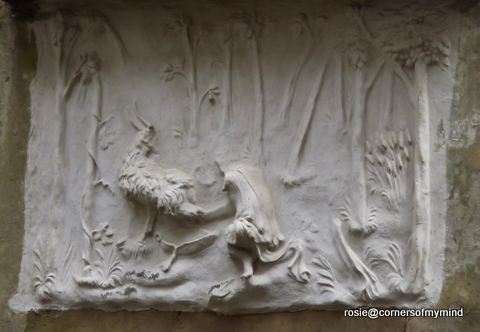 Showing how grand and up to date for the time the old hall was. 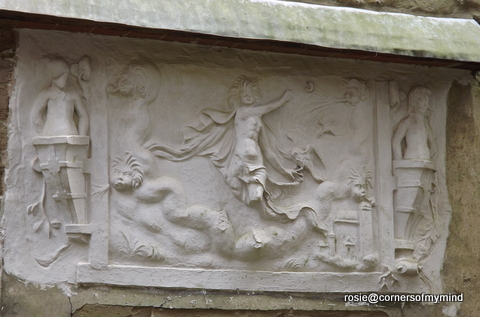 You can climb up the stairs right up to the fourth floor where the Hill Great Chamber was. Above was a lead roof with walkway where guests would walk to take in the views across the countryside. 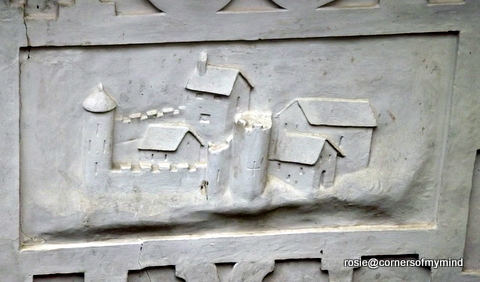 Before this hall was finished Bess had started to build another one close by, this time using architect Robert Smythson who was also architect of Wollaton Hall in Nottingham. 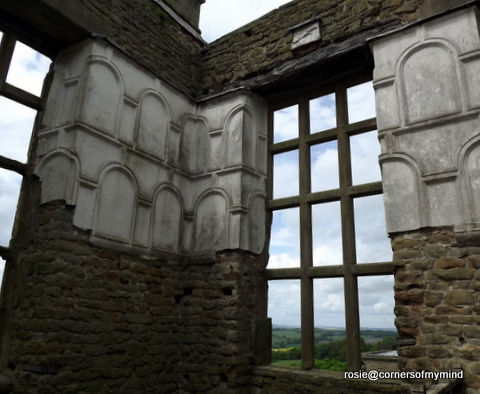 There is a myth that the old hall was abandoned in favour of the new one but it was in fact intended that each should complement the other and the older hall wasn't partly demolished until 1745. 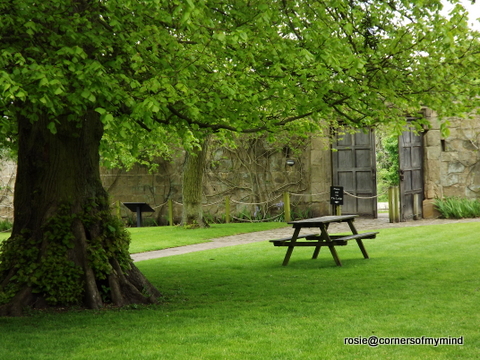 The ruins were left and made part of the grounds and gardens when trees were planted within the ruins in the 1790s.  Given that this is the time for the fashion and appreciation of both the Gothic and the Picturesque movements you can see why this might have been done. 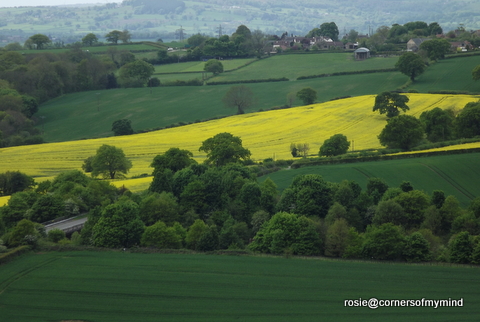 The views from the top of the old hall across the countryside are amazing.  It's an area I know well as I grew up in a village no more than three miles away and we learnt at school about Hardwick Hall and Bess of Hardwick. 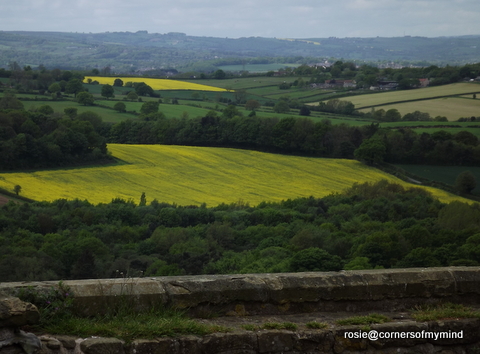 The countryside stretches for miles and you wouldn't know that the M1 motorway is down there somewhere.  You can see both Hardwick Halls and nearby Bolsover Castle from the motorway standing proud on their hills for all to see and be impressed by. 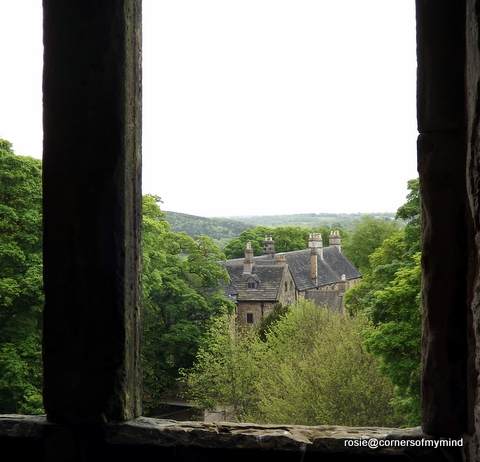 From the other sides you can look down over the stable block where the National Trust now have their administrative buildings, shops and cafe.  This had changed since our last visit as we remembered coming into the grounds from the opposite direction and showing our passes at a kiosk near the gate of the new hall.  The National Trust now own and maintain the new hall, gardens and grounds. 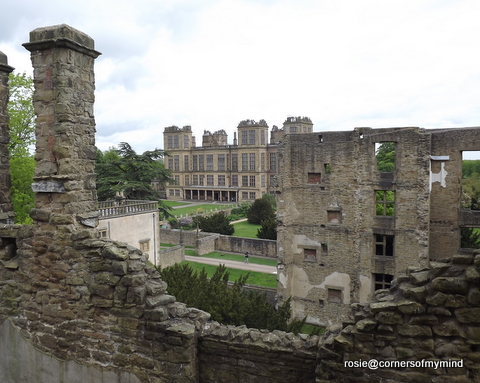 When we were at school we also learnt the saying 'Hardwick Hall more Glass than Wall' and looking over from the ruins of the old hall to the new one you can see that this is true.  I'll take you to the new hall in another post.