I've been looking back at photos taken last year and realised that there are quite a few places that I took photos of whilst on my travels that I haven't shared with you so I though that whilst I'm not going out very far I would look back on some of these places.  But first, before we step back in time,  I'd like to say thank you to all of you who stopped by and left such lovely and thoughtful comments on my last post, normally I try to reply to each one but I find sitting at the computer for too long is still a bit uncomfortable but getting better every day, so I hope you'll forgive me for not replying this time. 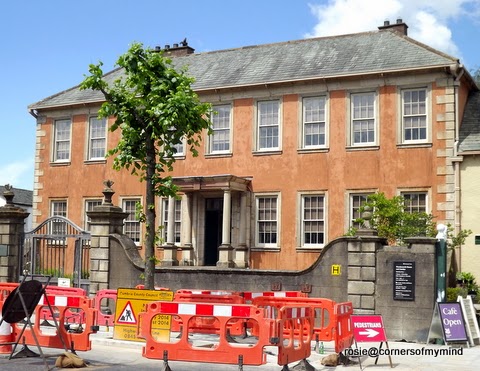 In June last year we visited the childhood home of the Romantic poet William Wordsworth.  It was a stop off point on our way back from Scotland.  It is a lovely Georgian House which is easily found on the main street in Cockermouth in Cumbria.  There were road works all the way up the main street which were to do with the installation of flood defences after the town was seriously flooded in November 2009. 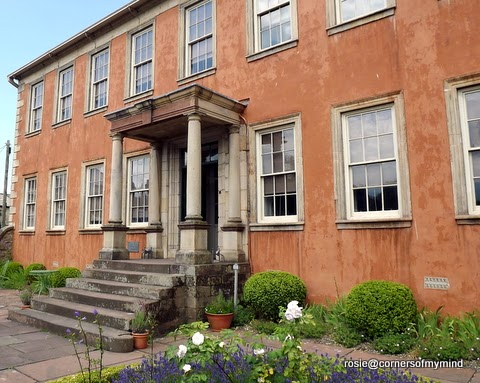 William Wordsworth  his sister Dorothy and their three other siblings Richard, John and Christopher  spent their early years in this house.  It was a house of great happiness and of great sorrow too. 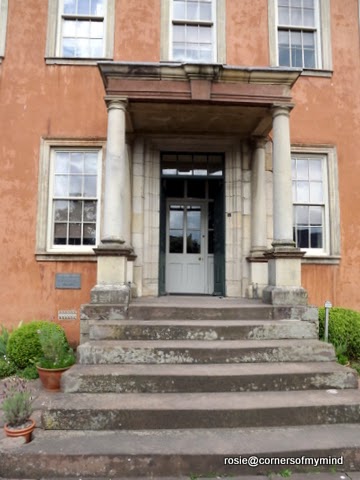 In 1765 William's father John Wordsworth who was a lawyer moved into this house as tied, rent free accommodation because of his job as land agent to local landowner Sir James Lowther.  In 1766 he married Anne Cookson, daughter of a wealthy draper of nearby Penrith and the couple lived there in contentment until 1778 when Anne died followed by John in 1783.  The children had now lost both their parents 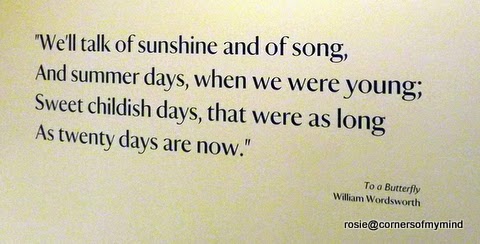 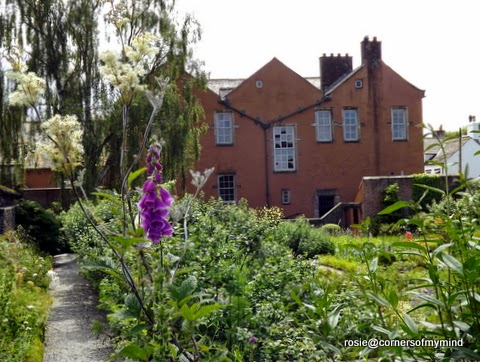 The garden was a small town garden full of beautiful flowers and vegetables.

The house itself is delightful inside and even after such tragic events doesn't feel sad at all. 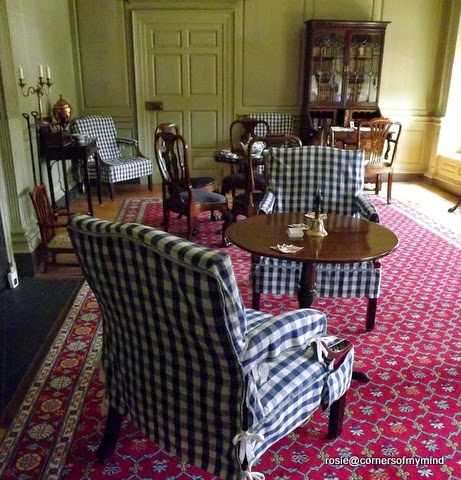 Below are more photos 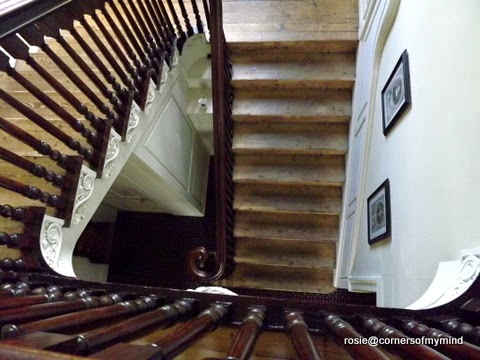 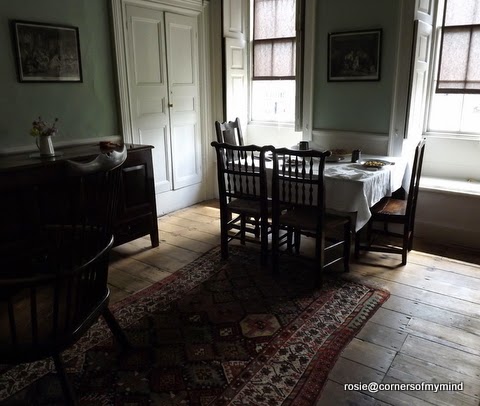 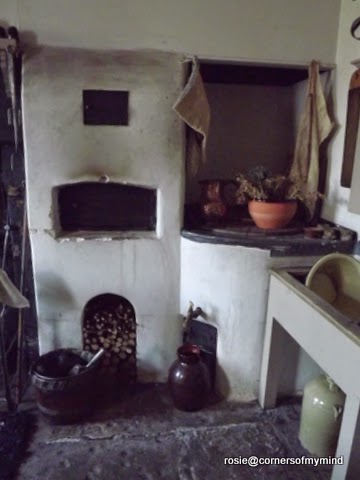 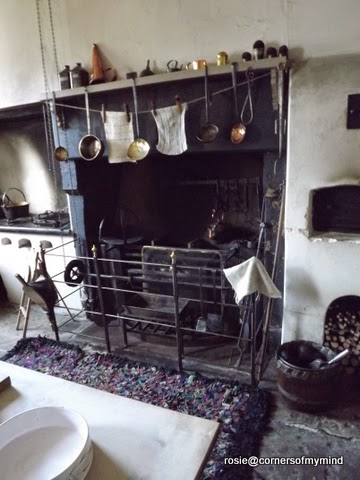 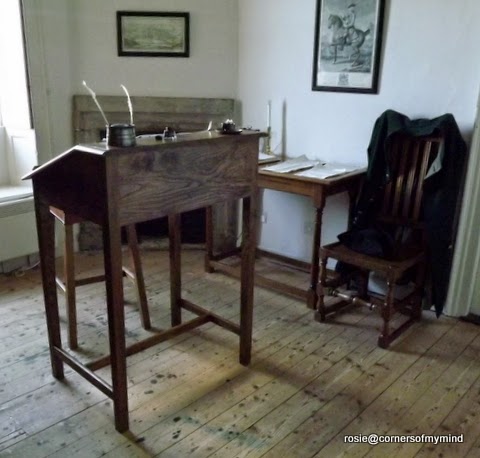 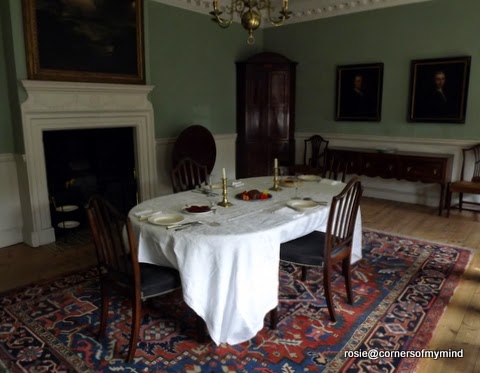 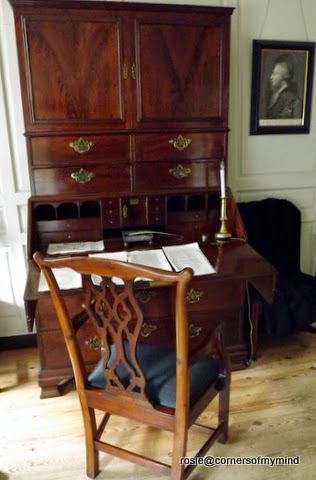 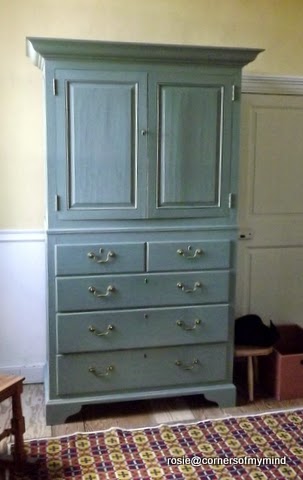 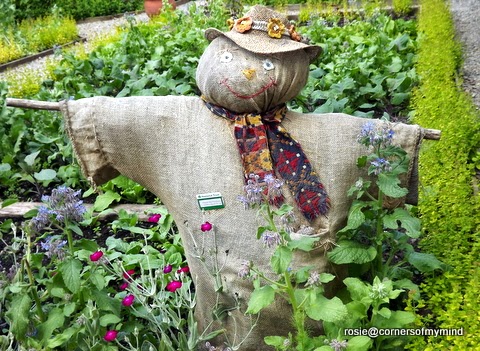 Did you know that the scarecrow above, known as Fletch the perchcrow has his own blog?  Here is a - link 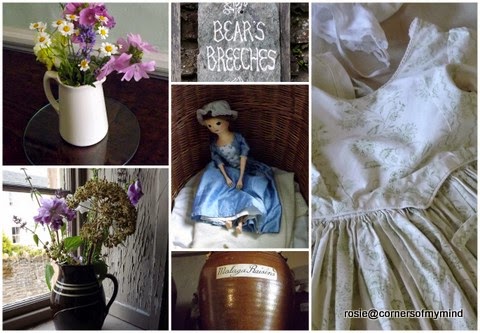 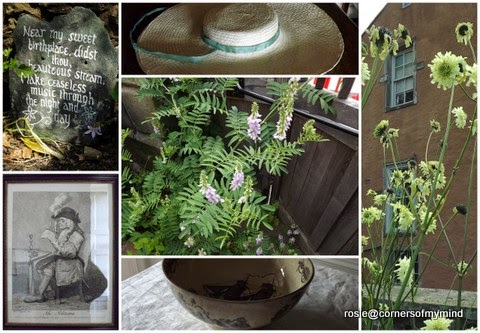 I hope you have enjoyed looking back with me
Posted by Rosie at 3:13 pm