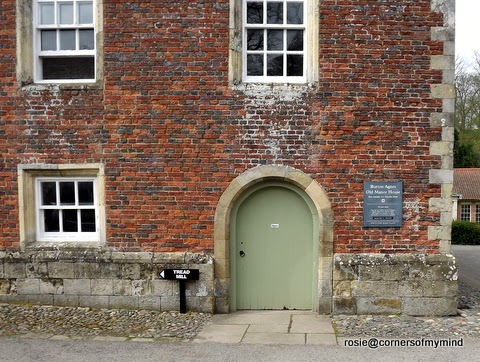 Through the green door and you are in the lower chamber of a building that is much older.  This early manor house was built in 1173 by Roger de Stuteville not a lot remains from that time but certainly most of the ground floor is from that period.  Apparently Roger de Stuteville had a daughter called Agnes and it is thought that this is where the name Burton Agnes came from. 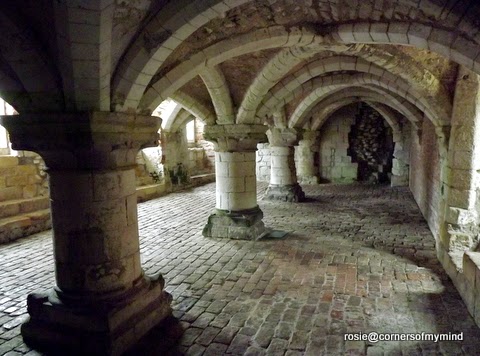 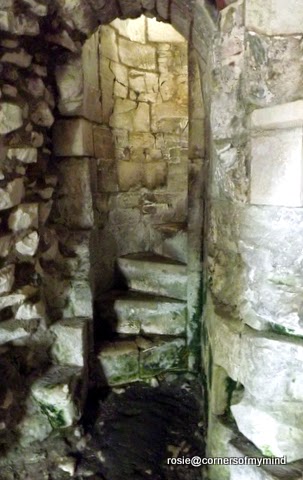 It was certainly one of those 'wow' moments! 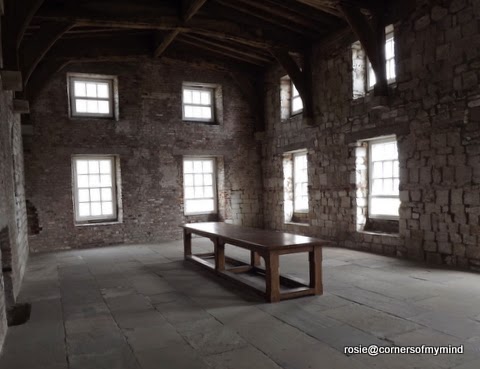 The upper floor has been altered many times over the centuries but it is believed to have been the main hall of residence used by Sir Walter Griffith and therefore mid-fifteenth century in origin.  It is believed that the roof dates from then. 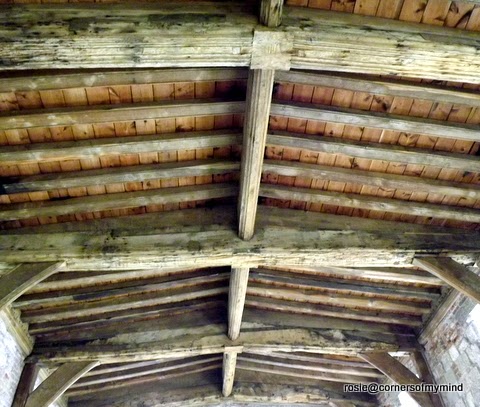 This building was encased in brick during the seventeenth century when the 'new' hall was built next door.  The earlier building was used as a laundry for the larger house and an extra floor was added hence the higher row of windows. 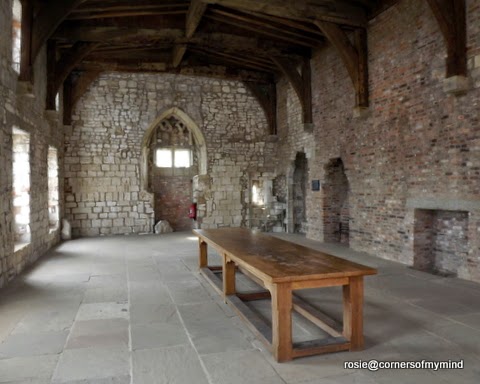 Behind the old hall is a waterwheel which was worked by a donkey to draw water from a well. 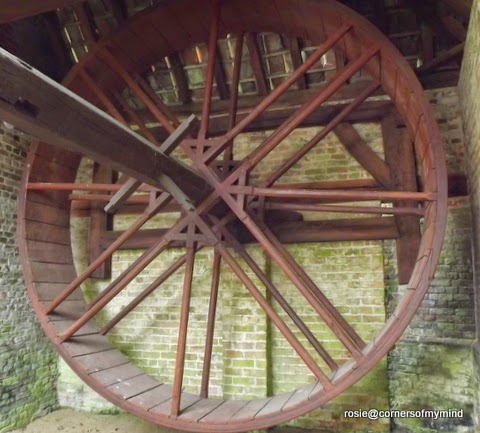 It was time for tea and cake in the lovely cafe - I didn't take a photo but the blueberry and lime cake was delicious. 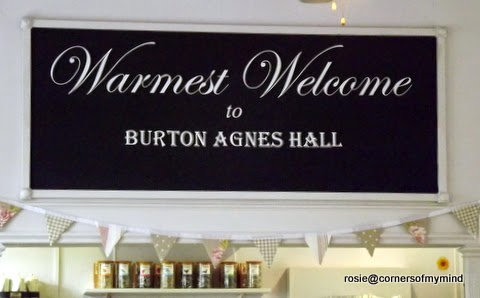 Fully refreshed we were ready to visit the 'new' hall and gardens. 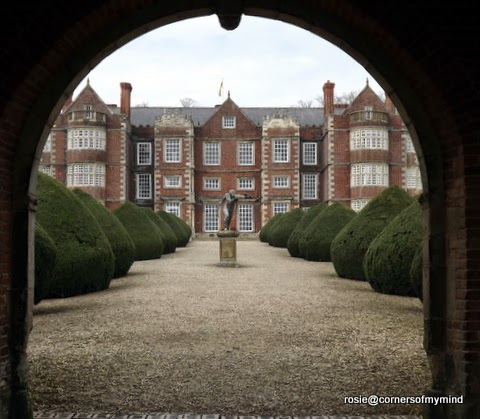 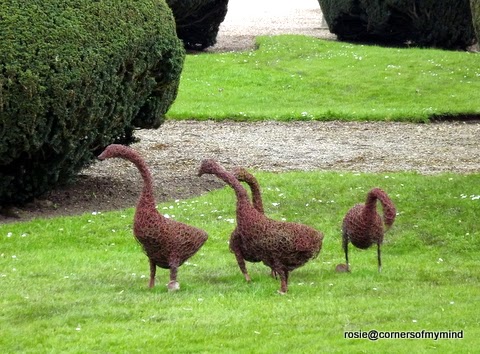 To be continued in part two.
Posted by Rosie at 2:29 pm