A Visit to Sandon Hall

Yesterday we visited Sandon Hall which is just a few miles south-east of the canal town of Stone. 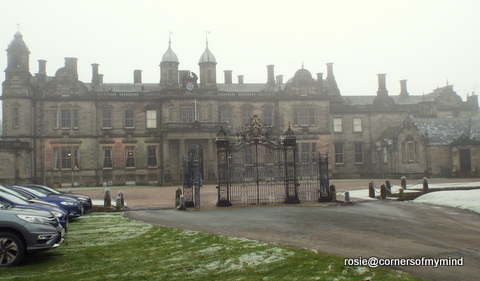 It was slightly foggy as we made our way there with just a glimmer of sun waiting to appear later in the day. 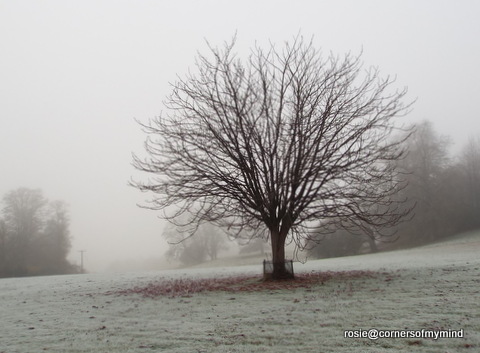 It was cold too so extra layers were needed for a walk around the grounds. 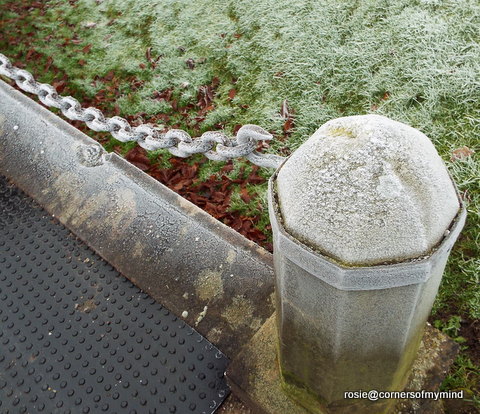 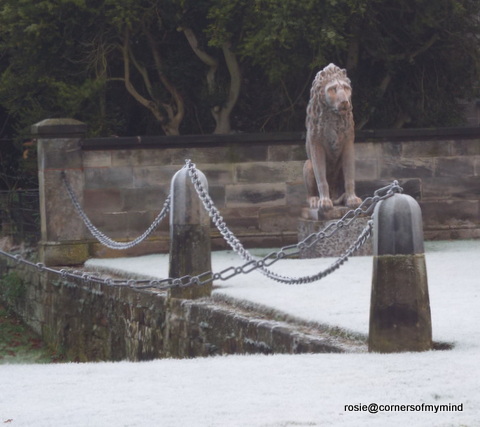 It has been home to the Harrowby family since the 1850s.  The house was rebuilt from 1850 to 1854 after it was devastated by fire. 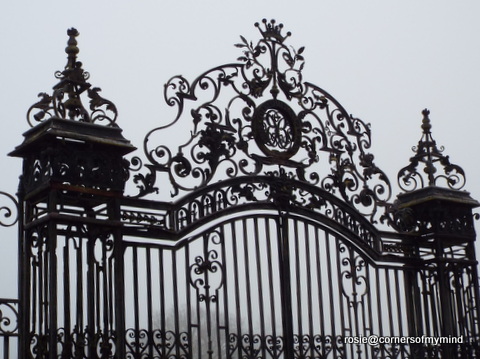 As we headed towards the main entrance we were met by a little tabby cat who walked ahead of us to the doors. 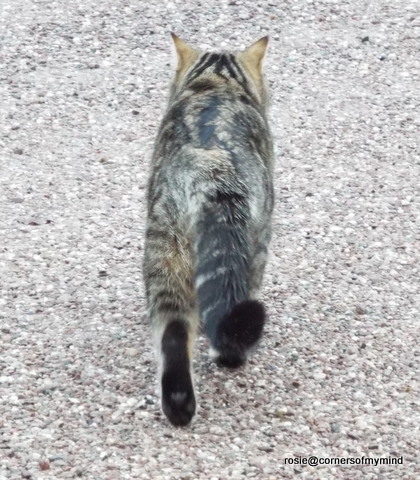 It was very friendly and I was able to tickle under its chin and stroke its head.  Inside it was warm and noisy, a choir was singing carols around a piano near the staircase and stall holders were discussing their wares with visitors. 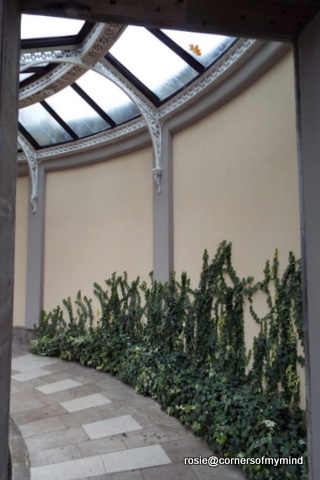 We decided to head to the Orangery first for a warming mug of coffee before having a good look around the stalls inside.  There were lots of lovely festive crafts but I didn't take any photos as it was too busy. 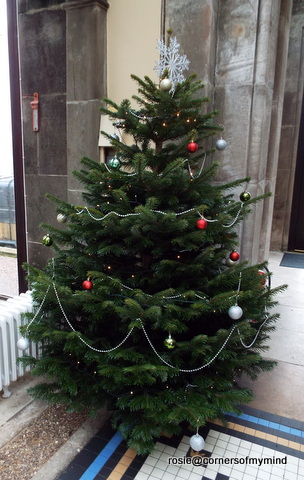 The Orangery was fairly empty when we arrived and we were able to find a table inside rather than outside in the marquee. 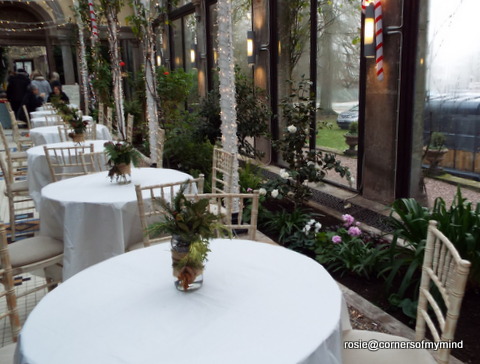 Delicious coffee and one piece of fruit cake to share. 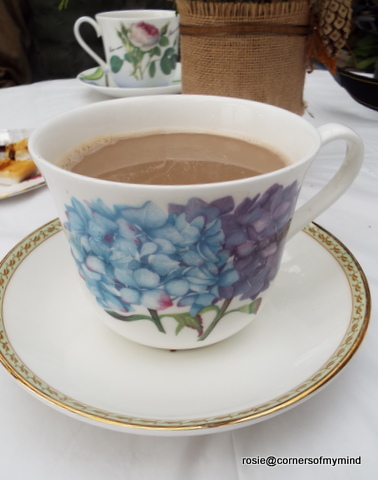 Not long after we were settled people started to arrive for elevenses. 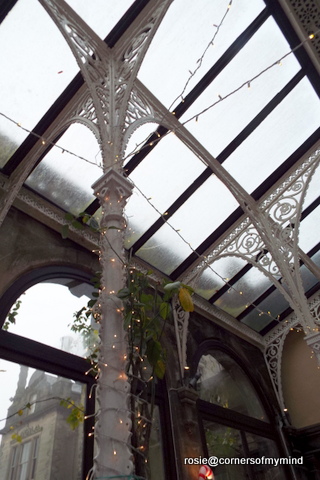 Everything was looking quite festive. 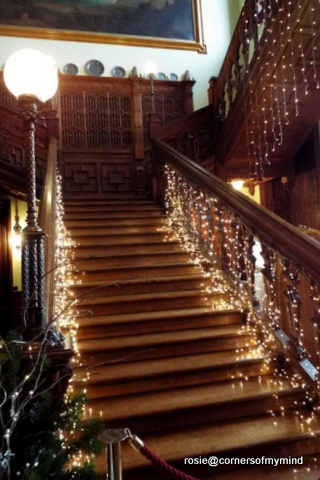 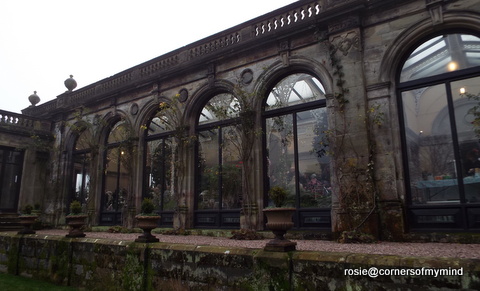 The Orangery from the outside 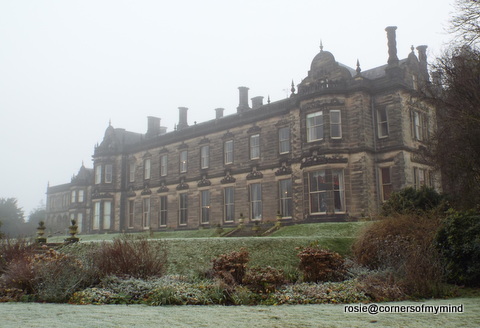 We were looking forward to a walk around the grounds. 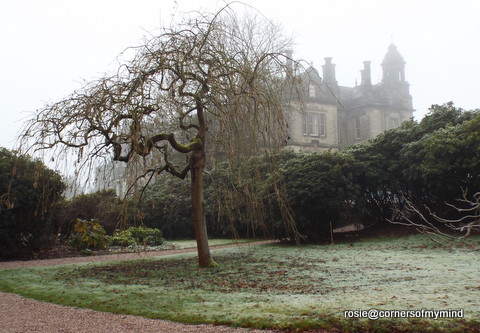 You can see from the photos above and below how frosty it was. 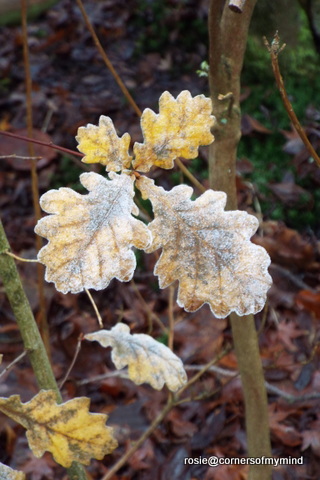 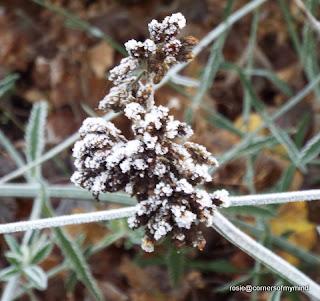 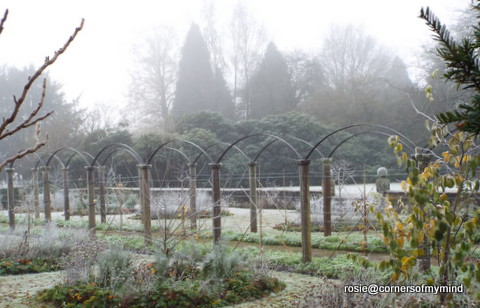 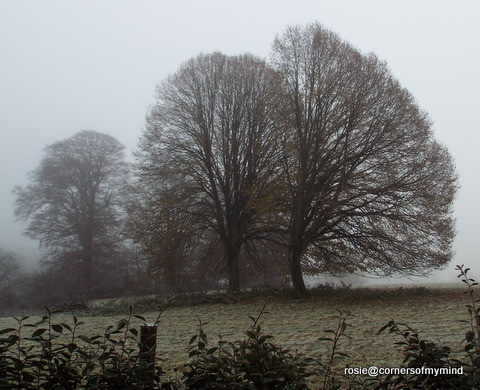 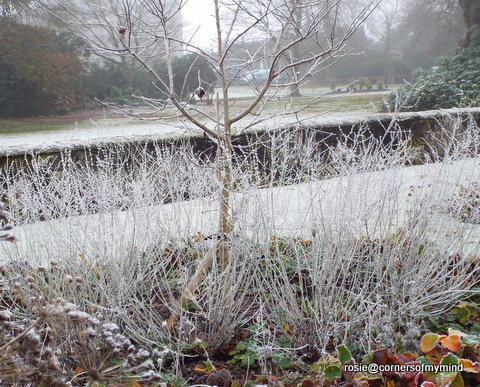 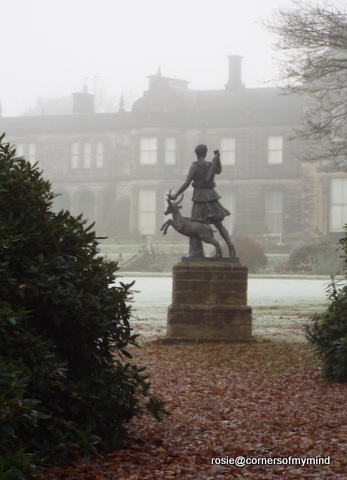 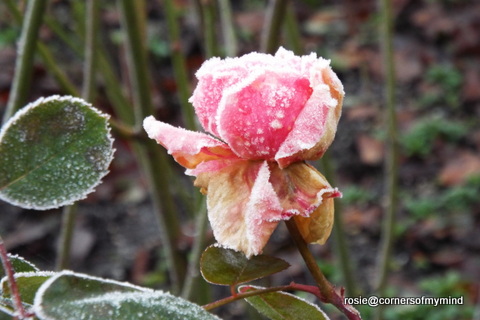 Halfway round the garden the little cat joined us again. 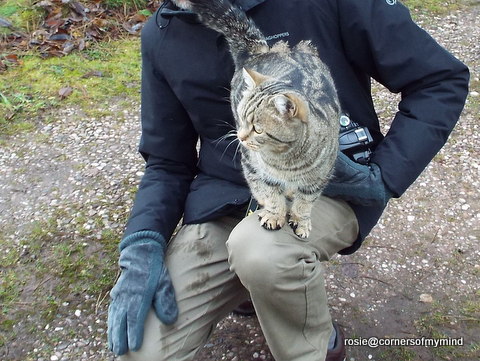 It wanted a fuss and left behind muddy paw prints 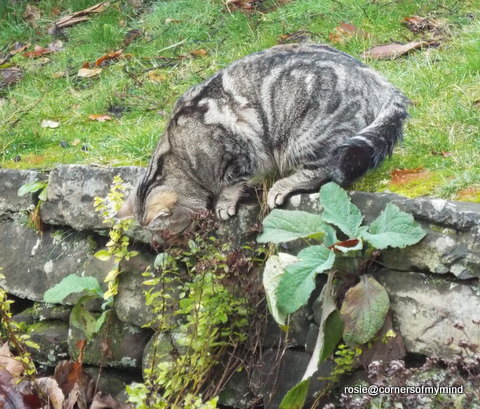 before its attention became focused on something moving at the bottom of the wall, a little mouse perhaps? 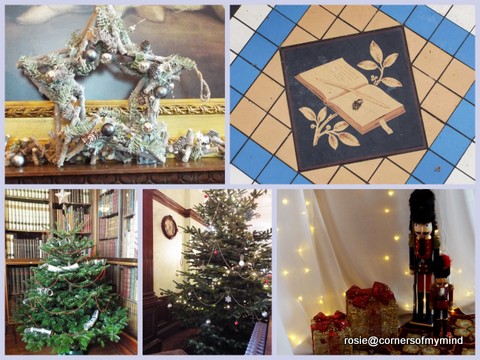 There was an elf trail for the children 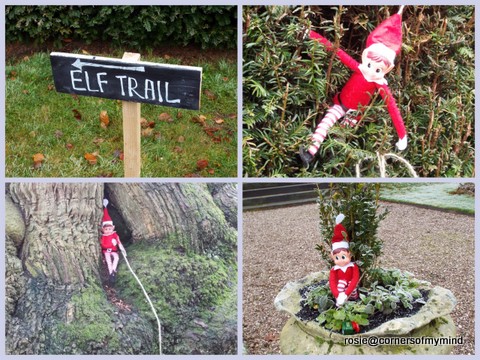 and we could hear yells of delight as the elves were spotted and cards stamped.  We encountered about five of them as we walked around.

It was a lovely visit and felt very seasonal and festive.  Today is the first day of December and I think it may be a stay at home and make the Christmas cake day.  What are your plans for today?