Following on from my last post about Clumber Park near Worksop in Nottinghamshire another of our childhood haunts was Sherwood Forest in the village of Edwinstowe, Nottinghamshire.

Again things have changed quite a lot over the years.  When we were children the forest was open and accessible we just used to wander in there. My Mum and I would walk there whilst my Dad watched cricket on the nearby pitch. Over the last thirty or so years a Robin Hood Visitor Centre was set up with displays and events around the legend of Robin Hood, Maid Marion et al.  Recently things have changed again as the RSPB have taken over ownership and management of the Forest. The old Vistor Centre has been pulled down and the land around is being returned to its natural state.  A new centre which opened last year has been built closer to the village. 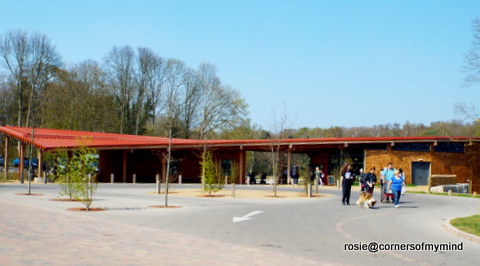 We went with family members to have a look at the new centre as none of us had visited since the changes.   The building looked quite impressive from the front. 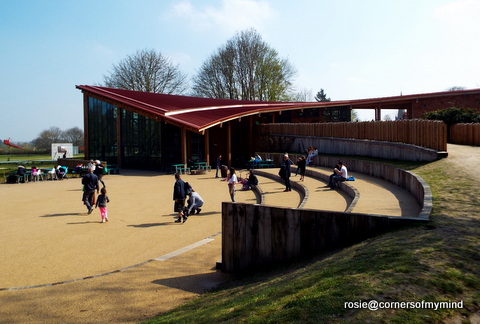 And even more so from the back.  It fits quite well into the landscape on the edge of the village rather than deep in the woods.  You can see the score board on the cricket pitch where all those years ago my step father used to watch and play cricket.  We had a wander around the RSPB shop and then lunch sitting outside the cafe as we had Marlow the dog with us (not ours) before we set out to walk towards the Major Oak. 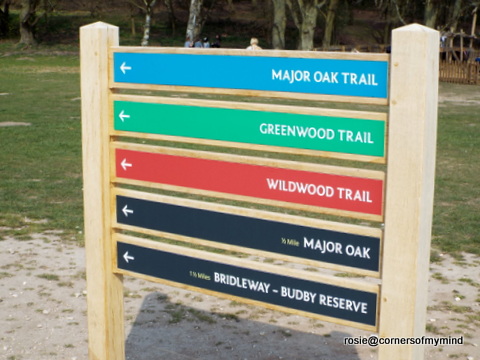 Just a short walk from the Visitor Centre. 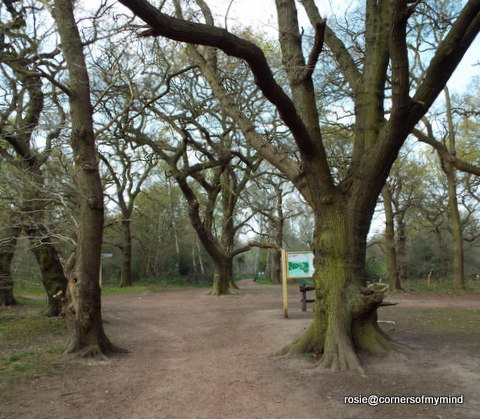 On our way there Paul spotted a Common Lizard crossing the path at great speed.  He managed to get a photo of it resting on a tree at the side of the path. 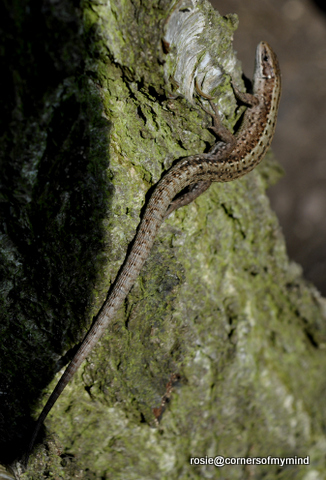 We also saw a couple of Brimstone butterflies flutter by as we walked. 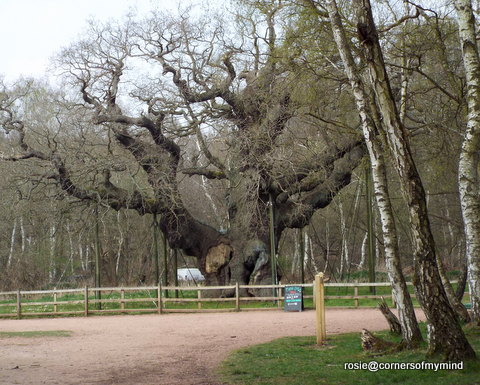 The Major Oak lay ahead. 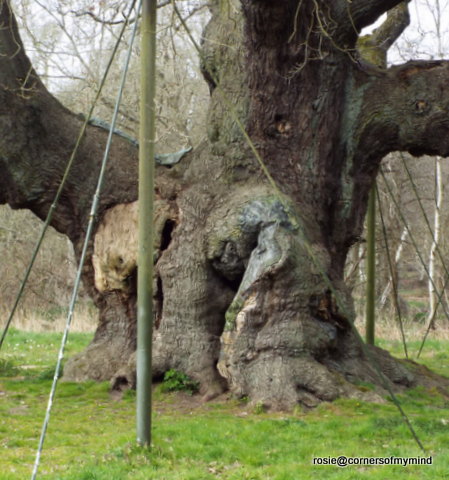 Of course the ancient tree is fenced off and shored up for its own protection and that of the visitors too. 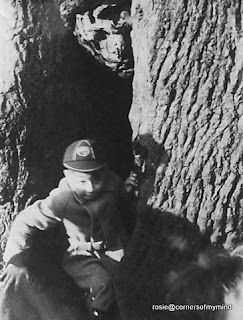 When we were children we could walk right up to it and climb inside.   I remember doing that and also going inside another tree further into the forest known as Robin Hood's larder.  Paul has this photo of his brother coming out of the tree. 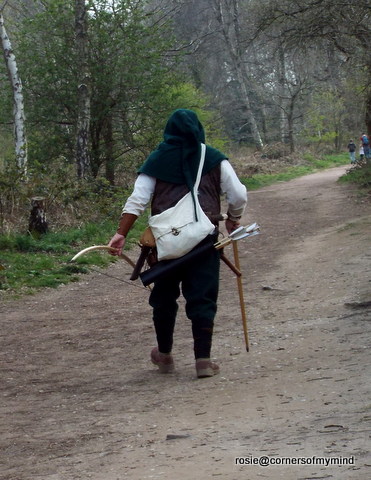 On the way back to the village I spotted this gentleman.  Is it Robin? Certainly an archer making his way through the forest.